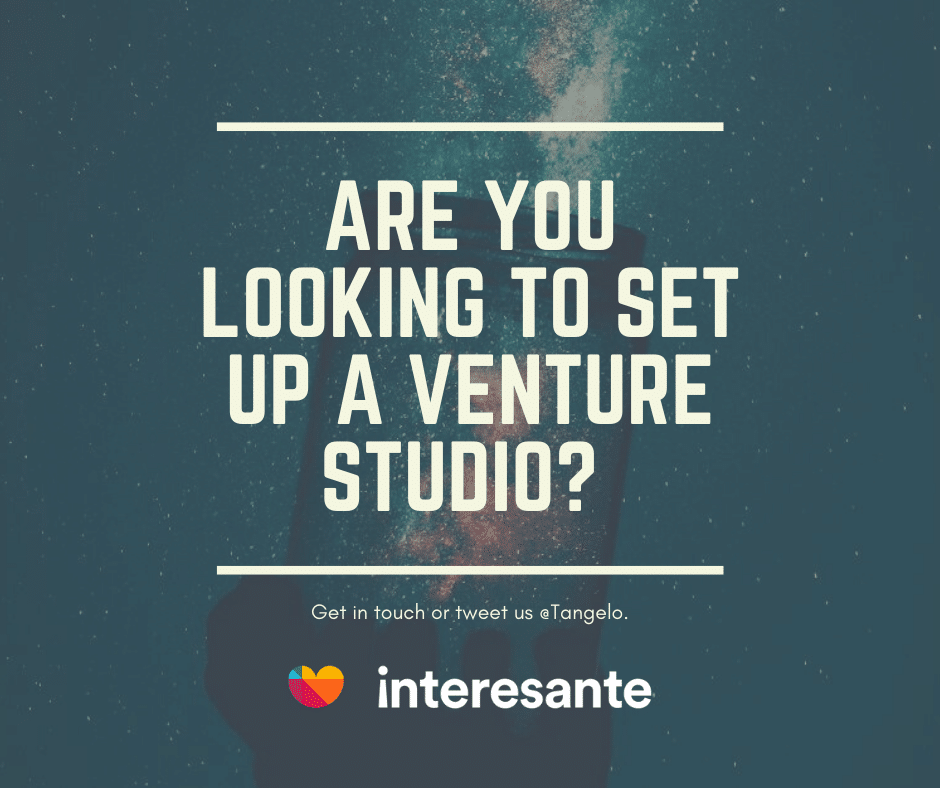 This is the unabridged version of the original Forbes article on Venture Studios. This article provides a blueprint on how senior leadership at a corporation should think about launching a Venture Studio.

What kind of leader you need to make your Startup Studio a success.

How did corporations react to early exponential growth?

Think about how corporations reacted during the startup boom of the 90s and then again in 2008.

First, corporations tried ignoring Silicon Valley startups. That didn’t work for Kodak, and Instagram became a behemoth. Then they laughed at hardware startups like Tesla, citing a lack of experience. Motown (Detroit) now has to catch up to fast-moving Elon Musk, literally shooting for the moon. They fought companies like Uber, but the innovation was so good that the arc bent in favor of ride-sharing apps.

Since none of these tactics worked for the corporations being upended by these young entrepreneurs, these companies are now creating what I consider corporate venture studios.

But if corporate workers have never experienced a startup’s intensity, how can they cross the chasm and build a venture studio that acts as a startup? Let’s begin by defining a corporate venture studio.

How to build a corporate venture studio?

Solving a business challenge through agile methodologies that are bundled within an organization called a startup can tackle issues through new processes and behaviors. The truth is that when a startup finds a problem worth solving, the market ecosystem that is created in parallel can be just as big as the startup itself. So why don’t corporations own the creation process? What is stopping them?

Looking at Google is interesting as a way to make the Venture Studio model more tangible. Google was not the first search engine, but it was arguably the best search engine. This prowess gave birth to at least two parallel industries in addition to Google itself — SEO (search engine optimization) and search engine marketing (SEM) — both have significant size and influence. This is the golden egg of corporate growth.

The issue facing corporations like Google is that as they get larger, they risk forgetting what made them great in the first place. Google used to be a startup. Its approach to product creation, as I saw it, was to relentlessly look for ways to make its customer experience magical while identifying key areas of improvement in its software and hardware stack. Google is an example of what a massively successful venture studio could become. However, companies that have been around for much longer than Google have not capitalized on their industry expertise to the extent that Google has due to an outdated culture and bureaucracy.

The corporate venture studio can provide all the ingredients necessary for novel ideas to accelerate growth. Those values and expertise define the investment level necessary to launch the venture: sweat equity (headcount) and capital. Unlike other market options, creating corporate venture studios can help you tackle issues within a corporation or its partner ecosystem.

Strategic leadership and discipline tactics make it possible to create a compelling vision for a corporation’s venture studio. Large companies most likely have all the talent they need to launch a venture studio. The key is finding the right leadership with a strategic vision aligned with the business goals and executing and integrating the studio’s ventures into the existing corporate machine. I believe this leader should know the rules of navigating the corporation and be proactive enough to instill progressive change from within the entity.

For instance, a career corporate chief marketing officer (CMO) might not be the right fit. Simultaneously, an up-and-coming vice president of the product with experience in emerging technologies and a healthy disregard for the status quo might be a better fit to lead. The closest example that I can think of is Hugo Barra, who essentially manages Oculus, a Facebook entity charged with making AR and VR consumer products. Oculus could be considered a venture studio for Facebook’s foray into VR.

What Is A Venture Studio?

A corporate venture studio can also benefit from an engineering and design crew that can rapidly implement MVPs (minimum viable products) without getting tangled in corporate bureaucracy.

The venture studio crew needs to know that they are part of a team that will create novel solutions others have not been able to; they should understand they are a special team of high performers. Look for the rebels, the square pegs, and the revolutionaries within your company.

Of course, the expertise you need for your studio depends on your industry. If you’re a beauty company, your team may need to be knowledgeable in technologies such as SaaS, ERM (Enterprise Resource Management), WMS (Warehouse Management Systems), and e-commerce.

The team should also truly understand the goal of the operation. Is the company looking to grow 20% year over year or improve inventory and shipping processes? Both are very different goals. If you’re a medical device company looking to optimize EMRs (electronic medical records), then you’ll likely need to include experts in technology and privacy for your product to stay compliant.

The disconnect between marketing, sales, and product is an issue that continues to plague large corporations and a challenge that can be addressed through a venture studio model that can propose solutions to the issue outside of the standard escalation process.

The world of marketing has changed. The marketing department is no longer a separate entity that pumps branded imagery. Your marketing department should be embedded in the studio’s development process, so they understand not only the story they are selling but the features customers need.