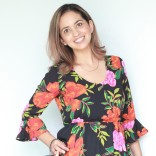 Giroptic’s appearance at Facebook F8 was covered by influential technology publications such as TechCrunch, WIRED, and Forbes. Giroptic sales grew from 10 units per week to 100 per day. Here’s how Tangelo made it happen.

A Startup Searching For Relevance

The dream of a fully panoramic camera goes back to the dawn of photography in 1839 when amateur photography enthusiast and early adopter Martin Behrman put together 11 silver-coated daguerreotypes in a panorama of San Francisco from Rincon Hill. Since then, many OEMs have tried to create panoramic cameras, but the results were spotty; panoramic images were regarded as curiosities or art objects.

In 2008, French engineer Richard Ollier, a graduate of Stanford’s Entrepreneurship Program, launched Giroptic to become the primary provider of HD panoramic cameras for the real estate and tourism industries, where 360 images had an enormous impact on conversions. They won the 2014 CES Innovation Award, which captured the attention of influential figures like French president Emmanuel Macron. They were ready to scale up massively with a secured round of series B funding and the cache of being the first 360 camera on the space station.

Industry Recognition Does Not Equal Sales

Like many engineering marvels, Giroptic’s products tested well with consumers, and the awards provided needed authority in the photography space. Still, unit sales were sluggish at just 10 per day on average.

The biggest drag was the lack of name recognition because Giroptic was being outspent and eclipsed in the public eye by larger enterprises with massive marketing campaign budgets.

Giroptic needed a big win to break through into the public’s awareness and convert that awareness to revenues. They called on Tangelo to lift their brand exposure and rev up sales in the four months leading up to the Facebook F8 event in 2017.

Tangelo identified the most passionate responses and boiled it down to a single message: “Feeling you are right there.” To amplify that, Tangelo designed a campaign around organic engagement and collaborations with influencers on social media.

Tangelo built this campaign on enthusiastic comments from customers such as, “The app is amazing. Very intuitive and easy to use,” and “I shared a video live and used the iMessage feature for the first time this weekend. Amazing to be able to invite friends into my moment.” Tangelo prepared a social media blitz of coordinated messaging across social platforms with relevant and inspirational panoramic videos by users. The capstone of the campaign was a giveaway of Giroptic cameras to every attendee at Facebook’s F8 conference.

The marketing impact of the video series was rapid and global. The top video featuring a panoramic view of a park in San Francisco, not far from Behrman’s original series, easily reached 18 million views on YouTube with incredible engagement – 2.1 million views initially, with shares and referrals generating another 16 million views.

The virality of Giroptic’s park video was due to a combination of factors. First of all, it doesn’t feel like advertising. The aesthetic matches friends’ video feeds in how organic it all felt – just two people playing around in the park.

5 Things Startups And Social Justice Movements Have In Common

The viewer could immediately connect and relate to the feeling of “I could be there.” A secondary amplifier was that there was no talking. Without the language barrier, people of every cultural background, in places worldwide, could be part of the experience.

Another critical aspect was coordinating the shoot with social media influencers to assure instant uptake and broad exposure. Cross-promotion on social platforms like Instagram was integral to this success because the organic traffic from various streams fed into and amplified each other. We monitored and responded to comments enthusiastically. Most replies included a CTA to purchase. We tried to make users feel welcomed into the San Francisco park experience. Everyone can be that girl.

At the end of the eight-week campaign, Giroptic’s presence at F8 was covered by influential technology publications such as TechCrunch, WIRED, and Forbes. More significantly, though, the exposure led to measurable revenue gains. After Tangelo’s awareness push, Giroptic saw sales revenues grow by 10X – from 10 units per day to 100 per day. In the end, Giroptic shipped 20,000 cameras to creative photographers all over the world.

The Win By the Numbers

Giroptic brought astounding innovation to the 360-degree photography industry but struggled to gain public recognition. Tangelo’s marketing delivered results, including 18 million views for a YouTube video, placement in industry sources like a head-turning presentation at Facebook F8 with extensive media coverage, and a sales revenue boost of 10X. Tangelo addressed Giroptic’s need from top to bottom – addressing their lack of a marketing strategy, implementing the strategy via multiple tactics, and tweaking for optimal measurable performance.