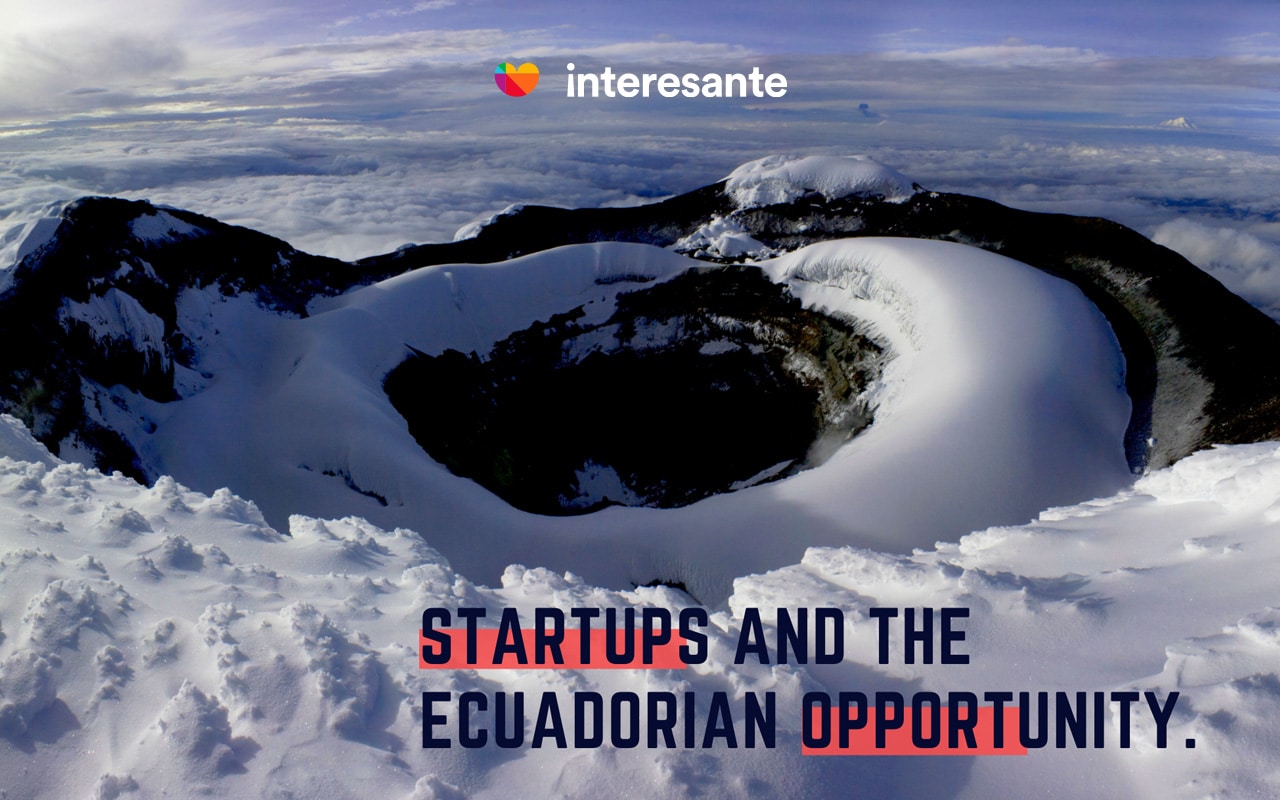 I’m from Ecuador, and my professional career happened in Silicon Valley, and nothing would make me happier than seeing Ecuador prosper aided by technology. This article talks about the successes at Ecuador’s Yachay University.

According to Pitchbook, in 2005, 34% of V.C. in the United States went to firms in Silicon Valley. By 2014, that figure jumped to 44%. Silicon Valley currently has $4,433 per capita in V.C., outstripping the nation’s $206 per capita 21-to-1. Unlike the California Goldrush of 1849, anyone has a chance to develop software nowadays. The riches are not limited to geographical location. This opportunity ignites people’s imagination from all over the world. Engineers don’t have to move to Silicon Valley to work for a startup anymore. Chile, Brazil, Argentina, Colombia, Canada, Germany, and a long list of countries are actively trying to clone Silicon Valley. The same is happening in cities throughout the United States, such as Los Angeles, New York, Miami, Chicago, etc.

Silicon Valley continues to fascinate entrepreneurs and governments worldwide; however, it remains difficult for many regions to create a similar environment to Silicon Valley. Marc Andreesen, the co-founder of Netscape and Andreesen-Horowitz, argues that the value of Silicon Valley depends primarily on its culture and how it supports innovation.

Just how did replicating Silicon Valley fair at Yachay University? The plan certainly looked promising. «In 2013, Ecuador’s former president, Rafael Correa, launched the institution [Yachay University] in part of a bid to transform the nation’s economy from one reliant on exports of oil and other commodities to one that generates its innovations.» Yachay is Ecuador’s attempt to leapfrog into the next economic frontier. The government began erecting Yachay, coined the «City of Knowledge.» Correa boldly predicted that Yachay University would become Latin America’s Silicon Valley.»

Fast forward four years to today, we can see that economic and political pressures unraveled Correa’s dream of a technological frontier. In other words, Ecuador’s plans to replicate Silicon Valley lacked a foundation. Considering that innovation is paramount in today’s world economy, building an environment that supports innovators is crucial. Ecuador’s struggling economy and plummeting oil prices led to a shift in national priorities in the ongoing years. An austerity plan was initiated, cutting $2 million in university expenses. Similarly, surrounding public companies capped employment opportunities for the students. Leading scientists who were previously hired were quickly let go or poached by neighboring universities.

How can other emerging countries make the Silicon Valley vision a reality? Start by systematically considering and creating the area’s regulatory competitive advantage. Here are some suggestions that can help make this happen:

Yachay is located two hours from Quito, the capital of Ecuador. The best parallel is Palo Alto which is located in between two major US cities: San Jose and San Francisco. This small city, Palo Alto, CA, became the capital of the world for startups. So shouldn’t Yachay fair just as well? Not in the slightest. Yachay’s disadvantage is twofold. First, its culture became homogeneous rather quickly, given immigration limitations.

And second, support for disruptive technologies and business plans was absent. If you have a mix of people with diverse backgrounds and experiences, it helps build a creative culture. In an article titled «Why Silicon Valley Can’t Be Copied,» Vivek Wadhwa explains the success of Silicon Valley and attributes it to culture malleability.

«The reasons were, at their root, cultural. It was Silicon Valley’s high rates of job-hopping and company formation, its professional networks and easy information exchange, that lent the advantage. Valley firms understood that collaborating and competing at the same time led to success—an idea even reflected in California’s unusual rule barring non-compete agreements. The ecosystem supported experimentation, risk-taking, and sharing the lessons of success and failure. In other words, Silicon Valley was an open system—a giant, real-world social network that existed long before Facebook.»

Here’s a side-by-side comparison of what works in Silicon Valley when starting a company. The second column contains suggestions to move things forward.

Traveling on a cardboard rocket: start & stumblings of a Startup

Selling Cookies Was Hard. Here’s What I Learned at 11 Years Old