Quick Reference To Blockchain and Cryptocurrencies 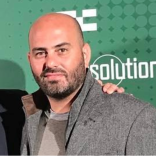 Early adopters, including Ethereum, Omni, and the SAFE Network, began capitalizing on the disruptive blockchain model and creating a new software quasi-cyber-religion people refer to as “DAOism.”

To effectively explain just how a blockchain works, we need to spend a few minutes understanding the basic terminology.

Before we get into the nitty-gritty of technical blockchain and cryptocurrency, let’s first take the time to understand the definitions of terms associated with blockchain. You might consider bookmarking or printing this glossary of blockchain terms for future reference.

Bitcoin is the original and most popular brand of cryptocurrency. This cryptocurrency works as a decentralized global peer to peer network with no issuer or acquirer. This means that no single entity can control it, as a central authority is bypassed. The coin is open source, meaning it has wallet and transaction verification. And the best part – it can be used by anyone with a smartphone or computer.

An altcoin is a commonly accepted term for any cryptocurrency coin that isn’t Bitcoin.

Basically put, a blockchain is a specialized type of data system. The system uses a non-centralized network to create a digital ledger of transactions. Users then engage with the ledger through Cryptography, the operator allowing these transactions to occur.  And because there’s no central figurehead, the speed of these transactions is fast.

As opposed to the prior approach of networks being made by one person or company, with blockchain, people and computers all over the world work with each other to create a network, many different “blocks” make up the blockchain, which is constantly growing as new blocks are added to the chain.

Cryptography enables and protects the blockchain network. We have seen this used in currency, data transfer, and startup ICO funding.

Blocks are synonymous with digital pages in a ledger, also known as a record keeping book. These files store unalterable data related to the network.

Distributed-apps are a new type of architecture being used in the blockchain. Dapps are extremely beneficial in that it stores data and source code in a decentralized manner that is distributed in the blockchain. The biggest advantage to this structure is that a Dapp ensures the blockchain application is always online and is not reliant on a single servers’ availability. Daaps are an extremely disruptive application architecture as compared to the current cloud architectures. While Dapps aren’t a complete replacement of the cloud (yet), they could potentially replace it someday.

Hash is an algorithm or data function used to encrypt information within a block in the blockchain. Each block is identified by a unique Hash. There is only one cryptographic hash function per blockchain at a time. The more complex the hash function, the more secure it is, but the slower it is to encrypt.

A computer is connected to the blockchain network through a node. The node is the backbone of the network, validating and relaying transactions. The node also receives a copy of the full blockchain itself.

A miner is responsible for maintaining a blockchain through validation. Miners use computer power, also known as hash power, to solving mathematical problems. The result of this process is the creation of verified data strings that are then added to the blockchain.

If a miner is the first to verify a block, they are given a new token as a reward. Verifying a block is no simple task, as a block can contain hundreds of individual transactions. And just how children’s blocks connect to one another, new blockchain blocks also contains data from the preceding block. This means that the system builds upon itself, making it difficult to go back and alter an individual block. This process also makes it difficult for tampering to occur. As you can see, mining the major blockchain systems takes up considerable energy and requires equipment that is highly specialized.

Transactional records are added to the public ledger of past transactions, also known as the blockchain – a chain of blocks linked by hash, through mining. Mining was engineered to be be extremely challenging and resource draining so the number of blocks found each day by miners remains steady. Mining results in a new token as payment.

Proof of work (PoW) is a requirement for successful mining on the blockchain. PoW involves distributed trustless consensus. Once a valid ledger state is observed, transactions of a certain age cannot be negated. This is because creating a ledger longer than the one seen requires computing power to compete with the network that exists. As a result, it’s deemed that these transactions are valid and have lasting consensus. Individual blocks in the blockchain are required to have a PoW in order to be validated. This PoW is confirmed by other blockchain notes each time a new block is received.

Proof of stake (PoS) has is an alternative to PoW. While PoW requires computational work to occur by the prover, a PoS system offers a different way to achieve distributed consensus. Using this model, the creator of the next block is chosen by different combinations of random selection and proof of ownership of money or stake.

In the blockchain world, a public key is a cryptographic key that is used to encrypt a message by any party. Another party then receives and decodes the message using a key that is only known to that individual or group. Now’s the time to let out that inner child squeal of secret spy encrypted code excitement.

How Does Blockchain Work?

Blockchain is a general term that applies equally to a vast number of different blockchains managed by a variety of different companies. There is no one blockchain, rather, there are thousands of unique blockchains and each can determine their own Dapp architecture and type of cryptocurrency accepted.

Now that you’re starting to understand the basic terminology associated with blockchain let’s dig into how a blockchain operates.

How a blockchain operates

A blockchain is made up of distributed ledgers that are both publically viewable to anyone and open to anyone for participation. Unlike other systems, once data is recorded inside a blockchain, it’s challenging to change.

What makes up the blocks within a blockchain?

For example, the Bitcoin Blockchain stores the details of all transactions completed within the blockchain. Such transactions often include the Bitcoin sender, Bitcoin receiver, and the number of points for each. Each Bitcoin block has a unique Hash tied to it that will change if the block is altered in any way.

A Hash is considered synonymous with a person’s fingerprints. It’s unique. Once the block is created, its hash is calculated. If any component of the block ever changes, the hash will automatically change. Therefore, Hash can identify a specific block and its parts. It also serves as the link in the chain of blocks. Changing anything within the block, even a single character, will cause not only the hash to change but the block to be considered “new.”

Hash is not the only component that helps prevent tampering. Hackers can recalculate the Hashes of surrounding blocks to make up a blockchain valid again. This could potentially remove and transfer cryptocurrency if further security measures were not in place.

Blockchains have another essential component called proof of work (PoW) that helps keep many malicious hackers at bay.

This mechanism for verifying the authenticity of blocks is a leading reason why many call blockchain “hackerproof.” If a hacker tampers with one block within a blockchain, that hacker would be required to re-calculate PoW for all following blocks. Blockchain’s strong security is tied to its creative use of Hashing and the PoW requirement.

How Will Blockchain Affect You and Your Business?

Just as you were once confused about cloud-based data storage and online shopping, blockchain too will soon become a commonplace element in just about every industry.

As businesses from tech to retail continually struggle to maintain data security and increase conversion speeds, blockchain will be the saving grace, providing a solution to both in one fell swoop.

Startups and entrepreneurs have found innovative uses for blockchain, including raising ICO funding and identifying new markets to disrupt.