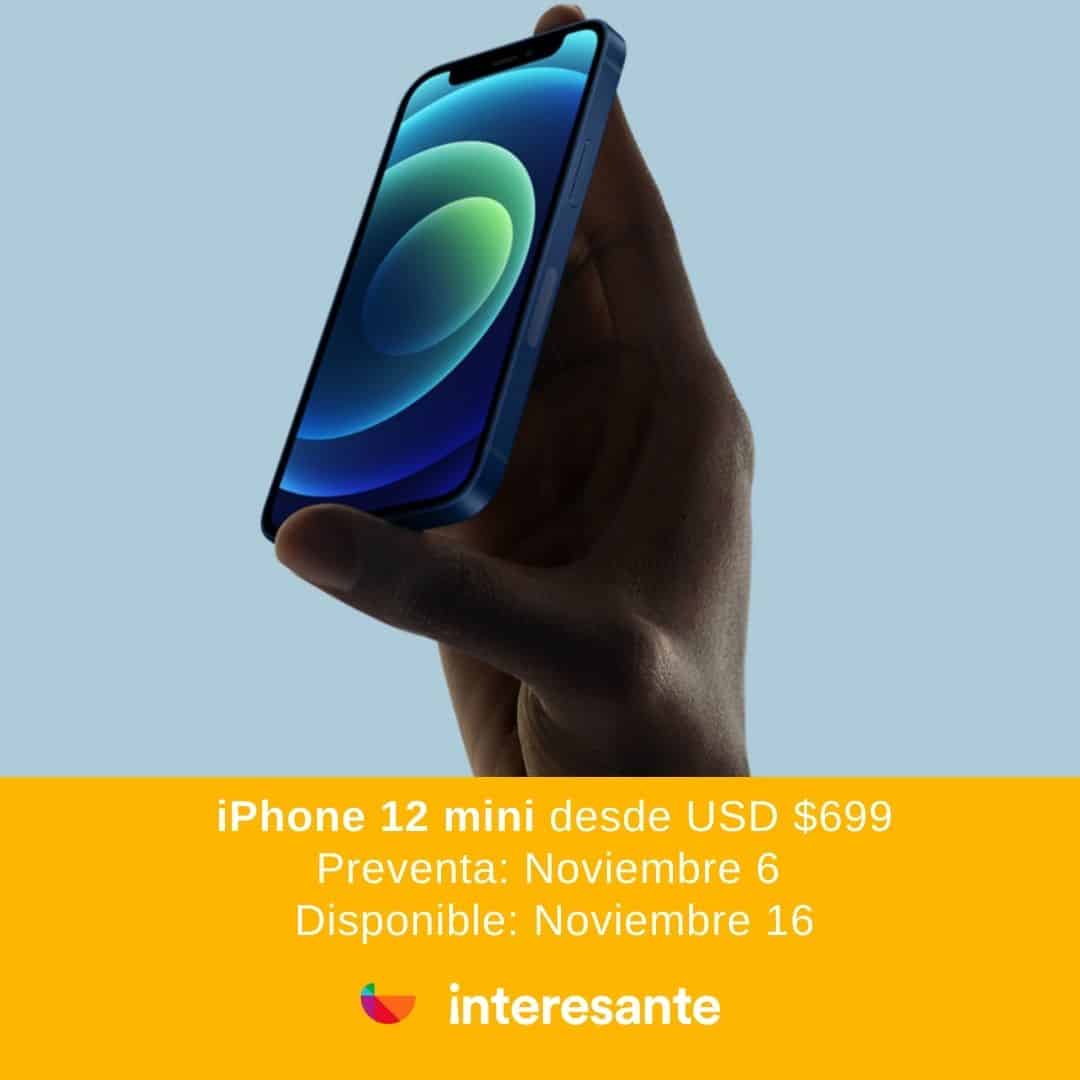 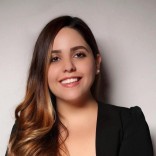 Startups founded by women receive approximately $1 million less than the ones founded by men. However, they are better to invest in because they generate double the income.

Latin American startups are growing, and every day we hear stories about women entrepreneurs or entrepreneurs seeking to transform their industries, getting investments for their disruptive ideas. The road is not easy, even more, complicated for women.

Meet these female entrepreneurs, who are revolutionizing how to do business, interact with users and develop technology, showing that women not only do it well, we can do it better.

Co-founder and Vice President of Branding and Business Development at Nubank. 100% digital bank operating in Mexico and Brazil. In 2020, it managed to be the first and only bank founded by a woman reaching a valuation of 10 billion Mexican pesos.

Cristina is an engineer with a doctorate from the University of São Paulo (USP) and an MBA from The Kellogg School of Management (Northwestern University). She worked for the Boston Consulting Group before Nubank; also worked in Itaú Unibanco (Brazil), handling products and loan marketing.

In 2013, when she co-founded Nubank, she managed to close her first round of investments from the hospital while waiting to give birth to her first daughter. This experience defined her path as an entrepreneurial woman. Her work philosophy seeks to reduce discrimination and gender biases.

Co-founder and CFO of Mozper. Debit card with an app aimed at children to manage savings and expenses with their parents’ help.

Mozper was launched in August 2020 to the Mexican market, attracting investments totaling $5.1 Million. By 2021 it plans to expand to other Latin American markets.

Yael has a Bachelor in Business Administration, Investment and Finance from the Zicklin School of Business in New York. She has 15 years of investment banking experience, consulting, and entrepreneurship from companies like Lehman Brothers, Barclays Capital, Copa Airlines. Her knowledge of startups increased through Strategus Consulting, a Panamanian company where she has been a consultant for ten years.

Besides, she works for “Mujeres Brillando” a non-profit organization that seeks to help women entrepreneurs develop their businesses.

Her motivation at Mozper and Mujeres Brillando is to bring financial education to others, helping women and children to learn finance digitally.

Co-founder and CEO at Laboratoria. A non-profit organization that trains women in computer programming, a field currently dominated by men. With a presence in Peru, Mexico, Colombia, Chile, and Brazil, Laboratoria empowers women with limited resources, turning them into web developers and user experience designers.

They have allies like Google, IBM, Globant, and Lenovo. They have reached more women during COVID-19, transforming its tools into a virtual format.

Mariana studied International Relations at the London School of Economics and Public Administration at Columbia University.

She is part of the MIT list of «most innovative women» in Peru and one of the «most influential women in the world» by the BBC. Also, she has shared panels with Barack Obama and Mark Zuckerberg.

Mariana found an opportunity for women to have more labor representation in the industry. An opportunity to transform her reality, including Latin American women in this context.

Her idea came up in 2010 when she got sick, and her life was in danger by not having access to her medical records. After she survived, she promised herself to change the industry to make a simple and accessible process for everyone.

Dolmarie has been in the health sector for 15 years. She is a certified specialist in sanitary reforms, corporate wellness, and self-insurance.

Abartys has won several contests aimed at Startups, reaching an investment of $5 million. «Caribbean Business» recognized her on her lists «40 Under 40» (2015) and «Women who lead» (2016).

She works as a mentor for Startup México, a hub dedicated to Latin American entrepreneurs, guiding other women or men starting with their experience.

She is ready for any adversity. In the pandemic, she devised a process to track infected patients, making it easier to assess and monitor them from home.

Along with her three best friends, Mariana co-founded Ben & Frank in 2015. An Online and physical eyewear store. It seeks to revolutionize the optical industry with a customer-centric process and accessible prices. She is currently Co-CEO, a title shared with Eduardo Paulsen (co-founder).

She studied Economics at Universidad Iberoamericana in Mexico and an MBA at the University of Chicago. The idea of Ben & Frank arose when she was looking for her MBA, and she started developing it within the university incubator. The idea quickly became a reality in Mexico, beginning with exclusively online operations.

Their approach to innovation is linked to user experience, not to technology. She succeeded in renewing a mature industry; something hardly achieved today. She transformed buying glasses into a comfortable, exciting, yet inexpensive experience.

“We are a brand that casually uses technology to make us scalable. Technology is a tool to improve the consumer experience, not for us ”.

Carolina is Co-founder and Chief Revenue Officer (CRO) of Chiper, e-commerce within Colombia and Mexico. It allows independent shops to digitize their businesses; sell their products, and organize their orders in less than 24 hours.

In October 2020, Chiper reached $12 million in investment, seeking to have 30,000 active users by 2021. Chiper grew a lot in 2020, allowing informal businesses to continue operating through the pandemic.

Mexican with Colombian heart. Carolina studied Economics and Business at the National University of Colombia and Project Management at EAN University in Colombia. She has an MBA from the Massachusetts Institute of Technology (MIT).

She worked at CiBO technologies in Boston, KLIMA projects, and as Commercial VP and Director of Business Development in VTU, Colombia.

CEO and Co-founder of Agrosmart, recognized by the World Economic Forum as a pioneer in technology. Agrosmart operates through software aimed at farmers using artificial intelligence to make a meteorological analysis providing irrigation recommendations.

In addition to Agrosmart, she is co-founder and board member of 4lab. An agency on the Internet of Things dedicated to generating innovative solutions.

She studied Business Administration at the Federal University of Itajubá (Brazil) and has a degree in brand management from UCLA. Also, in strategic thinking from Singularity University.

She is a global ambassador for Thought for Food, a non-profit organization that empowers innovative men and women to solve the food industry’s challenges.

Her passion for agriculture arose by growing up with her farmer parents. Now Agrosmart is transforming a sector that desperately needs to digitize, making it a more sustainable and productive reality.

Co-founder and Co-CEO of Apli. It is a platform that seeks to transform the recruitment process for Latin America to enable companies with workers on-demand in less than 24 hours.

Vera was born in Russia and grew up in the United States. She has bet on the Latin American market in various ventures. Besides Apli, she owns other 3 Mexican companies: Carmudi, Lamudi, and Hellofood.

She has a master’s degree in philosophy from Cambridge University and an MBA from Harvard Business School. Vera always seeks to have a team with professionals at the highest level. Her husband, being a part of them, José Maria Pertusia, founded Apli with her.

«The most rewarding part has been working with my husband. I call him my co-everything, he’s my co-CEO, my co-father, it is amazing. This is our first own startup”.

Via: Stanford University 2021: Latino Entrepreneurship, the fastest growing sector in the U.S. How A 100-Year-Old Family Business Embraced Digital Transformation Successfully Who is Susan Rice? An In-Depth Look at the Biden VP Pick No One is Talking About
Source: 8 mujeres que están revolucionando Startups en Latinoamérica 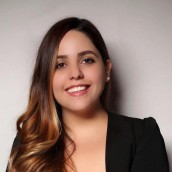