After the Weeknd’s halftime Super Bowl performance, many feminist posts on Social Media talked about how his “lazy” presentation was the perfect example of how society expects female shows to be more creative and dynamic. Although Abel Makkonen is better known for his vocal gift than his creative persona, I was still dissatisfied with the idea that every human activity has to be linked to feminism nowadays.

This thought took me back to the time where women were determined to stay alive and conquer every obstacle that came in between them and their goals.
The Jazz era produced iconic women, where black female artists had to overcome the rape culture, abandonment, racial profiling, and discrimination before even making it to their first music gig.

Feminism in the 19th century

White women were considered the “weaker sex,” and black women were not even addressed as humans.

While women’s rights movements strengthened during the post-war era, black women still struggled with the segregation legacy; low-quality education, low health system, broken homes, rape, and meager chances of getting dignifying jobs. On the other side of segregation, European-American women also fought for their rights, whereas not contemplating black women as equals.

Women were symbolic on both sides, but black women shined amid oppression. They were not self-proclaimed feminists, but they opened the door for other women in the music industry.

The jazz era took place between the 1920s and the 1930s within the black community.
When the swing age began, the voices of the black community were loud and clear. Parallel to this phenomenon, white women were pressing forward bills that would allow them to vote.

On August 26th, 1920, the 19th amendment to the U.S Constitution officially took effect. Secretary of State Bainbridge Colby signed it, certifying its ratification.
Although the amendment did not discriminate “voters” for their gender, black women could not vote until 1965.

Black women in jazz transformed the music industry. They raised awareness of two significant challenges for the black community: social, economic, and cultural conditions, and the second was misogyny within the community.

Through their struggle in life and the music world, these two women paved the way for women’s next generations.

The birth of “Lady Ella”

Ella Fitzgerald, born in 1917, had a tough childhood and became an orphan in her teens. She made her way through life by getting assistance from family and institutions. Then, found jazz. Although she had body image and self issues, she created a career that lasted for six decades. Ella built her place in the jazz elite from the ground up.

Unfortunately, she was discriminated against during her public presentations, especially in Houston, where she was arrested almost every time after performing.

Ella wasn’t a feminist, but she put under her belt 14 Grammys, sold over 40 million records, earned her the Presidential Medal of Freedom, an honorary doctorate of Music from Yale University, and died with an impressive financial state. She was a victim, but she refused to be victimized.

The birth of “Lady Day”

Another jazz figure that gave us a lesson on feminism was Billie Holiday. She came from a broken home, and her mother forced her into prostitution. Before her debut in the brothels, her neighbor sexually abused her.

When she spoke up, they put her in the House of the Good Shepherd, a reform school known for doing harsh punishments for minor transgressions. Once again, she picked herself up but was raped also. She went to jail for three months. Then turned again into the illicit love industry.

During her teens, she grew tired of the brothel life. Then, she tried her luck at the Log Cabin Club as a dancer but wasn’t successful. She later confessed to the owner that she couldn’t dance but sang better.

The first time she got on the stage, Billy stunned her audience. Still, all the fame in the world wasn’t enough to buy her dignity and respect in a segregated community. They held her back from entertaining mixed-race audiences. In 1938, she worked with Artie Shaw and his orchestra.

Holiday broke new ground with Shaw, becoming one of the first female African American vocalists to work with a white orchestra. Unfortunately, she quickly left because she felt objectified and discriminated against for the color of her skin. After going solo, Bille performed at the New York’s Café Society. About the same time, the legendary song “Strange Fruit” openly spoke about African American lynching in the South.

Lady Day abused drugs, had sadomasochist preferences and sexual fluidity. They paid her 10,000 dollars a week at the prime of her fame, but she died with 750 dollars strapped into her legs.

They paved the way, time to take the lead

When we talk about resilience, thrive, commitment, and drive, one of the figures that might come to mind is a woman. We are still struggling with basic women’s rights, and our environment cannot withhold us. We shall use our talents to build a global community that will help each other develop our full potential based on our wants and needs.

While many women advocate throughout the internet, we cannot reduce feminism to a relaxed opinion made at our home’s comfort without us even trying to reach the places where we can lead and generate real change. We do not need a title to pave the way for future female talents. We need to thrive and conquer. 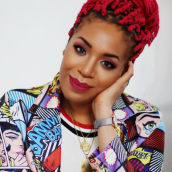