Inicio | Tecnología | Hamilton: A musical revolution and its powerful message 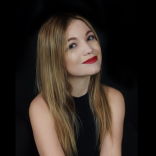 Based on the biographic novel written by Ron Chernow, the creative Puerto Rican Lin-Manuel Miranda found inspiration to create a musical using tools that no one would’ve thought would work together. ¿An American history musical with rap? It sounded like a joke.

A message to the Latin community

Every immigrant should know Hamilton’s story. The irrepressible need for success, courage, reading, and studying are essential to make it on foreign land. Hamilton, knowing the struggle, fought harder, even against his colleagues, to give immigrants equal access to opportunities in the United States.

“Immigrants, we get the job done.”

Hamilton and Lafayette, a french and Latin man, lead the battle of Yorktown, where Americans effectively won their independence. “Immigrants, we get the job done.”, they say while getting ready to fight for freedom, leaving the audience speechless by this scene.

Immigrants’ hunger for self-improvement has demonstrated their competence by fighting against cultural barriers and hundreds of obstacles. They have been part of union movements and relevant cultural and human rights activities in the United States. All this despite racial stereotypes and racism

Obama was the first one to doubt the musical.

Twelve years ago, Lin Manuel Miranda as a guest, performed the closing number for “An Evening of Poetry, Music, and the Spoken Word” in the White House. He gave a taste of the musical opening number. “I ́m working on a hip hop album; it’s a concept album about the life of someone I think embodies hip hop, treasury secretary Alexander Hamilton.” This introduction made the audience laugh.

Alexander was an immigrant orphan with no resources but managed to become George Washington’s right-hand man, the treasury secretary. His writing and ideas exemplify new possibilities to change the world.

After seven years of enormous success, Lin-Manuel and Hamilton’s cast, as guests, performed in the White House. Obama introduced them and shared this anecdote with the audience. He then looked at Lin-Manuel and said: “Look who’s laughing now.”

Seven years in the making, Hamilton hit the stage with a jaw-opening experience. More so that, it was an odyssey to get tickets because of its incredible success.

The success wasn’t precisely luck. In 2010 Lin-Manuel Miranda premiered his first Broadway Musical, “In the Heights,”; inspired by the Hispanic and Latino population residing in the United States. This musical was a taste of his invaluable talent and love for cultural diversity.

Lin-Manuel deciding to play Alexander Hamilton himself after writing the musical has been one of the most significant acting musical theater choices. Being a second-generation immigrant, he reflected the hunger and struggle of the instigators that caused the independence. He equates perfectly to an immigrant struggling to survive, defend his ideals and leave a legacy.

A diverse cast plays every historical character; Asian, Latin, or African American. The use of urban slang immerses the audience in the cultural wealth and the conflict of being an immigrant living in the United States.

Thirst for progress, a love triangle, and rivalry between the main character with nothing to lose and the antagonist with a legacy to protect. The play takes the spectator through a colorful historical journey setting the period with a bit of spice of hip hop culture in every move. We sing, feel, and empathize with Alexander Hamilton, who will write, fight and think day and night like he’s running out of time to get his win.

Inevitably attached to politics, the characters perform every bureaucratic historical process through familiar elements to the audience; Music and conversational dialogue. A funny spoiled King George, an African American Lafayette with the most challenging rap in the play, and parliament debates solved with roast battles make this plot unique.

Girl Power in the XVIII century

The Schuyler sisters embody a Destiny’s child-ish musical trio captivated by New York’s events. They make a statement about their place in the world. They make clear the search for an innovative mind from their first appearance, not just the highest bidder. “You want a revolution; I want a revelation.” The Schuyler sisters: Angelica, Eliza, and Peggy, bring the female revolution to the play.

Angelica Schuyler personifies a strong woman determined to get her place. In 1775, the only way for women was through a rich marriage. She doesn’t hesitate and rejects Alexander’s attention, who had nothing to offer socially or financially.

Schuyler general’s daughter ends up using the resources she wins to fight for women’s rights. Her sister Eliza, who became Hamilton’s wife, was co-founder and managing director of the first private orphanage in New York City.

Hamilton’s accomplishments are innumerable; he was just the guy on the $10 bill for American culture. Thanks to this successful musical created by one of the best current talents, we now sing an immigrant icon’s history. 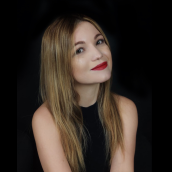