Inicio | Blockchain | What are Cryptocurrencies? Everything You Need to Know 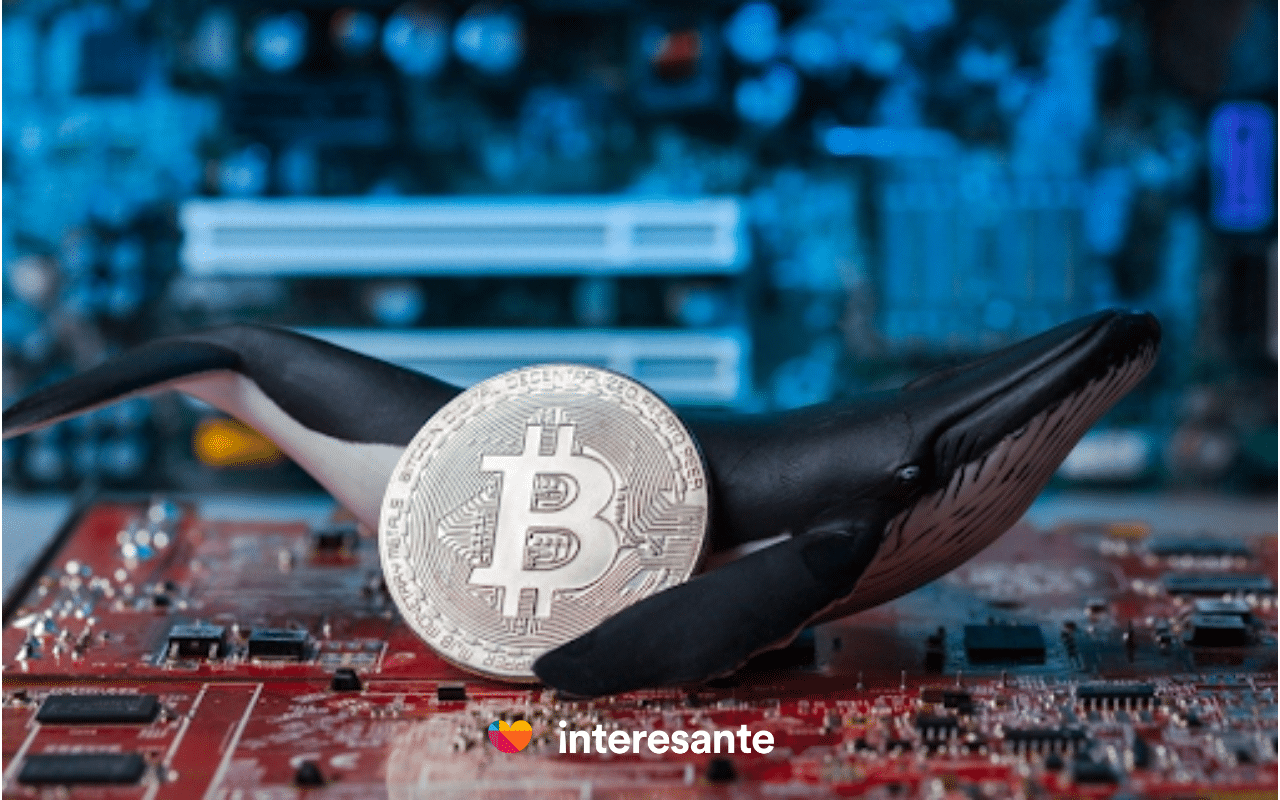 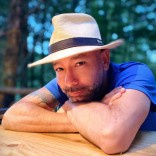 Cryptocurrencies had a reasonable period in 2021; Goldman Sachs, Andreessen Horowitz, Elon Musk, and stock exchanges started investing in them. Bitcoin reached historical values. However, this year no crypto has been spared from the market downturn. However, these investors continue to bet on them, although with more reservations. Before going into the current details of cryptocurrencies, we will tell you what they are and some tips for investing.

What are Cryptocurrencies? Everything You Need to Know

Cryptocurrencies are digital assets that use cryptographic encryption to guarantee ownership, ensure the integrity of transactions, and control the creation of additional units. In simple terms, it is money, but it only exists digitally. However, they have value in the real world; they are tangible.

You can get cryptocurrencies by buying or exchanging them. They can also be a reward for verifying a block of the chain (blockchain), a process called «mining.«

Investing in cryptocurrencies can be very lucrative, but it is a high-risk bet, as the market is very volatile.

How do Cryptocurrencies Work?

Let’s delve into the technical. Each cryptocurrency exists in its particular network or «protocol» created under the blockchain. Its members know precisely how many cryptos they have in their wallets (even if their identity is anonymous).

This amount cannot be altered because each transaction links to a previous one as a chain (hence the term blockchain). Each chain would have to be changed, which is impossible. It’s like a ledger being written simultaneously on every computer on the planet.

Unlike banks, since it is a decentralized system, it must ensure that the transaction is valid when you receive a cryptocurrency. Therefore, it goes through a validation mechanism called «consensus.» The network «miner» must then solve a mathematical problem to store the transaction in a grid «block.» This block is written and immutable. For this work, the «miner» receives a commission in cryptocurrencies.

Although blockchain provides high security, there is an unpredictable human factor. Therefore, it is not a market without problems; there have been many scams, including hacking attempts. Among the most famous cases is Mt Gox.

How do Cryptocurrencies Acquire Value?

The initial factor that influences the value of a cryptocurrency is undoubtedly its difficulty in creating them since its supply is low. Also, the level of utility is significant, that is to say, what real problems the cryptocurrency can solve, which affects its demand. So, the more utility it has and the more difficult it is to find blocks to write to the chain (mining), the higher its price.

Perception and speculation also play an essential role in giving a «crypto» a value, as if both are positive, this helps drive up its price.

Where to Buy and Store Cryptocurrencies

There are different platforms where you can buy and sell cryptocurrencies known as Exchange. By creating and validating your account and identity, you will be able to exchange them for other cryptocurrencies or withdraw to current money, called «fiat» in crypto jargon.

Cryptos have fluctuating values; that is, they vary constantly. It can be attractive to invest in or move your cryptos in these markets. There are centralized and decentralized exchanges (DEX).

Centralized exchanges are more popular such as Bitso, Gate.io, Binance, Huobi, Kraken, and Coinbase. They have more variety of cryptos but charge higher commissions, which are only charged for trading, selling, and buying.

Digital wallets are where users store cryptocurrencies and check their balances;
some even include an exchange. There is a unique address for each of your cryptos so that if someone needs to send you cryptocurrencies, they move to that address.

If you want to avoid paying commissions on exchanges, you can store them in your wallet and wait for their value to increase.

It was created in 2009 by the mysterious Satoshi Nakamoto, and it is considered the gold of cryptos. As of today, one bitcoin is worth $29,198. Its high price derives from its maximum limit of 21 million BTC and its growing fame. In February 2021, Elon Musk invested 1.5 billion in Bitcoins and made more money than cars in twelve years.

However, things have not been going well for cryptocurrencies this year, and Bitcoin has been no exception. So far, in 2022, it has fallen 36%, although it is still considered the best option for long-term investment in cryptos. More than 40% of Bitcoins today are in the hands of large accumulators called Whales (those who have at least one thousand Bitcoins, about 50 million dollars). Those who own very little «are» called shrimp (less than one bitcoin).

New whales navigate the market. Goldman Sachs and many traditional stock markets are investing in this digital «gold.»

Ether (ETH) is the cryptocurrency of the Ethereum blockchain, the silver of cryptos. It has a tremendous ecosystem built from «smart contract» programming. For example, the ERC20 contract allows the creation of digital tokens. On Ethereum, you can also create decentralized applications (DApp) and your exchanges.

The NEM network (New Economy Movement) is another ecosystem that allows the creation of solutions for people, including companies. Its currency is XEM, with a value of 0.054 dollars.

In 2021, NEM launched a network called Symbol with its XYM token. One of the most important exchanges like Bitrue, HitBTC, Bitget, and Binance already have this cryptocurrency on their platform.

Given its security features and transaction pricing, the Symbol network contains several projects. One of them is KarmaPoint, an app that rewards altruistic actions with tokens. The value of the tokens is related to a «digital reputation» and not to the notion of money.

Other Blockchains known for their tokens are Litecoin (LTC), EOSio (EOS), Cardano (ADA), and Ripple (XRP).

There are thousands of Altcoins, defined as alternative currencies. There is no real consensus if everything that is not Bitcoin should be called Altcoin. I stick with this concept: Altcoins are forks or tokens. A fork is taking the code from a blockchain, for instance, Ethereum, modifying it, and creating your blockchain. Being open-source, this is legal. What is not permitted is copying a project by giving it a different name.

Other Altcoins are tokens created on blockchain networks. Altcoin projects have suddenly emerged and grabbed the community’s attention, as the valuation of their crypto has risen rapidly. If you are vigilant, an investment in Altcoins can be very lucrative.

Among the most popular Altcoins are VeChain (VET), Filecoin (FIL), Chainlink (LINK), Uniswap (UNI), and many more. At this moment, while reading this article, indeed, something else has appeared.

NFTs are different tokens from each other. On Ethereum, anyone can create them using the ERC-721 smart contract. It is as if each dollar bill is unique and different.

An NFT can certify the purchase of a particular item. In this case, the token represents a unique digital or physical item, which makes them usable in the business of works of art and collectibles. Some NFTs are the classic Cryptokitties, Cryptopunks, and SuperRare.

Several NFT projects are coming into the sports field this year, including NBA Top Shop, a basketball game based on blockchain technology starring franchises, players, and highlights. Also, in NFL All Day, you can collect iconic moments that happen in the games in video format.

They represent «fiat» within the network. Their counterpart in fiat money backs stablecoins. The most used are Tether (USDT), dollar-backed crypto, and DAI, an ERC20 Ethereum token that also represents the dollar’s value, so its value varies according to this currency.

They are beneficial for transferring or protecting investments from the system’s volatility. If you reach a significant amount of crypto profit, fearing it will crash, you can convert it to these tokens.

Others represent fiat or assets, such as G-COIN backed in gold. Each coin represents one gram of gold.

Although they are considered the least risky, in mid-May, one of the most popular stablecoins, LUNA (Terra), collapsed 98% in less than 24 hours; its value fell to $0.91 after peaking at $120 last month.

We cannot leave aside the infamous useless cryptos: those without a defined purpose. Sometimes they are plagiarized from other projects or born from a joke or a meme. The common denominator is speculation and the enrichment of its creators.

DOGE’s mechanism to earn money is the «Pump and dump.» It means inflating its value through speculation, marketing, or some event and then selling at the time of highest value. It causes the price to collapse and causes loss to the deluded or risky that followed it.

DeFi Coin (DEFC) and ApeCoin are among the cryptocurrencies that emerged as shitcoins, became widespread, and improved in 2022. Their value is 0.33 dollars and 8.38 dollars, respectively. Dogecoin and Elongate are two of the most popular shitcoins; however, they have not risen in value.

Dogecoin (DOGE) emerged in 2013 from a Shiba Inu puppy meme. It was of very little value until one lucky day, Elon Musk tweeted about its skyrocketing in price. Then Snoop Dog and Gene Simmons did, which increased his value even more. However, it remains purely speculative. Currently, a DOGE is worth 0.86 dollars.

For its part, Elongate (ELONGATE) is a cryptocurrency born from an Elon Musk tweet, and although its value is shallow (0.000000021 dollars), it remains valid.

Companies that Accept Payments with Cryptocurrencies

More and more services can be paid for with cryptocurrencies, from coffees to plane tickets and cars. Some companies that already accept payment with cryptos are Pizza Hut, KFC, Subway, Starbucks, and Bitrefill. Also, gift card stores from various stores such as Netflix and Amazon, Microsoft, Dell, Apple, travel agencies such as Expedia and Destina, and Tesla. The most accepted digital currencies by these companies are Bitcoin and Ethereum.

Coinmap.org is an easy-to-use tool that helps you find out which establishments nearby accept cryptocurrencies. Depending on the need or taste, you can choose between different categories.

Initially, cryptocurrencies were not subject to taxes, but as they became popular, governments of different countries have seen fit to apply them to better tax compliance. These taxes can apply to:

In this sense, the president of the United States, Joe Biden, announced his proposal for 2023, in which he establishes to apply 20% on the profits generated from cryptocurrency investments.

Advantages and Disadvantages of Cryptocurrencies

Know what the benefits are and the risks of cryptocurrencies before investing.

Some Recommendations from Crypto Enthusiasts 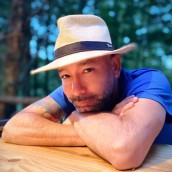 Understanding The Sandbox, A Blockchain-Based Gaming And Trading Platform

How are startup studios different?

Startups: How To Increase Efficiency