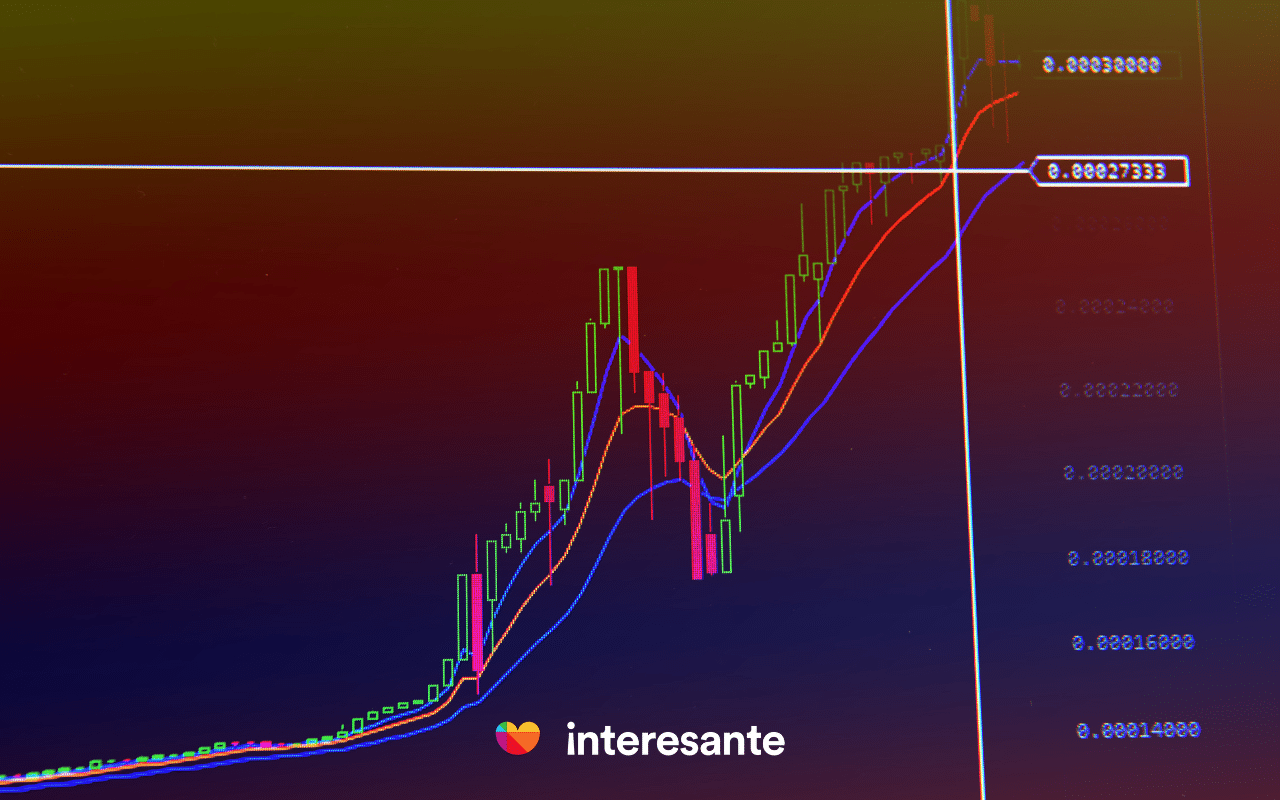 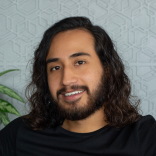 Who is Enner Valencia?

2022 has seen one of the worst catastrophes in crypto since its inception with Bitcoin in 2009. From the debacle of Luna to the insolvency of FTX, cryptocurrencies have plummeted and are still in a downward trend. 2023 may be the savior for cryptocurrencies, but regulators are pushing for new laws that will affect the world of digital assets. Institutional and retail money is also exiting the space,32 threatening the dominance of a digital economy. Even though you only heard bad news in the last couple of months, cryptocurrencies are still pushing forward. They have a long way to go before they are discarded entirely as the new financial instruments of the internet.

Less than a year ago, cryptocurrency was being held up as the new wave of finance. Bitcoin reached an all-time high of $69.000, and many investors thought it would reach a price of  $100.000 by the end of 2021. Although there was a lot of optimism regarding cryptocurrencies and their future in finance, 2022 dismantled the decentralized dream. Since the geopolitical conflicts between Russia and Ukraine and the change in US monetary policies, cryptocurrencies and other means of investment have been on a downtrend.

2022 is probably the worst year for cryptocurrencies, and it would take a while for the space to gain the same momentum that occurred between 2020 and 2021. Questions still need to be answered regarding cryptocurrencies’ long-term growth and innovation. Some big players have disappeared completely, such as Celsius, Voyager, 3AC, and many other companies. The debacle of Luna was one of the worst catastrophes for crypto. The collapse of FTX was the cherry on top of the destruction of confidence in the cryptocurrency space. Currently, Bitcoin is trading at $16,120; the last 11 months have erased all the growth of Bitcoin in the past five years.

How did we get here?

Bitcoin saw a tremendous rise in price between 2020 and 2021. The oldest and first cryptocurrency cost went from $4900 to $69000 in approximately 18 months. These new all-time highs for Bitcoin meant that a lot of money was entering the system, and new institutional players were investing in the crypto sector. These new players included Elon Musk and his automotive company Tesla, VCs such as Pantera Capital and a16z, Michael Saylor, CEO of MicroStrategy, and even a small country, El Salvador. The combination of institutional money, an interest in investing from the retail side, and a transition to a new digital world caused by the pandemic was the catalyst of a new financial bubble that emerged in the cryptocurrency world.

The idea of easy money combined with the illusion of perpetual growth of digital assets eventually ended in November 2021. Coincidentally, The Federal Reserve of the United States announced a possible change in monetary policy, threatening to begin raising interest rates in the US due to new levels of inflation in the US Dollar. It was the beginning of the end, as Bitcoin started collapsing, losing several thousand dollars every week. The geopolitical conflicts and the increase in interest rates exacerbated the decline of cryptocurrencies.

This decline exposed several CEOs that thought that entering the crypto world would give them easy money as long as they wanted. Numerous crypto projects, cryptocurrency bridges, centralized exchanges, DeFi platforms, and crypto derivatives products went to 0, eating the savings of millions of people. Cryptocurrency perception went from the future of the new financial system to a series of Ponzi schemes.

Even though the web laces and collapses of companies are never good for the industry, the disappearance of these projects gave new light to the cryptocurrency world. Eliminating companies that do not know how to manage risk and are in crypto for easy money removes actors who are not in the space for the long term. Consequently, Bitcoin looked healthy again and began an uptrend, rising to $24500. Bitcoin saw new healthy resistance levels and was behaving as a stable coin trending between $20000 and $23000.

These new price ranges gave Bitcoin 2 alternatives, either a new positive narrative for crypto will provide institutional and retail investors the confidence that the space is needed, or a new event would cause the crypto space to crumble. Unfortunately for everyone involved in the area, FTX, the second-biggest player in the crypto world, began tumbling in the first days of November. Two weeks after FTX’s solvency, the exchange filed for bankruptcy, freezing billions of dollars from customers.

How did it all happen?

It all started with a coin desk article published in the first week of November. The article explained how Alameda Research, FTX’s trading firm, had a significant amount of FTT on its balance sheet. Even though there is nothing wrong with having a cryptocurrency on your balance sheet, FTT is a token issued by FTX. From this article, investors and the crypto world, in general, began speculating about the actual ties between Alameda Research and FTX. Consequently, Binance CEO, Chanpeng Zhao, announced that Binance would liquidate all of their remaining FTT tokens since they thought that the cryptocurrency issued by FTX exposed a risk to the centralized exchange.

Two days after this, Binance announced that it intended to buy FTX, creating panic among FTX’s users and the crypto world. The following days saw the decimation of the FTT token, which went from $22 to $1.50 declining more than 95% in a matter of days. Finally, FTX filed for bankruptcy protection in the US on November 11.

After the mess that Sam Bankman-Fried created with his cryptocurrency exchange, he stepped down as CEO, and John Jay Ray III took over. If you are unfamiliar with John Jay Ray, maybe the name Enron rings a bell. John Jay Ray, III, took over and led the proceedings after energy titan Enron filed for bankruptcy in the mid-2000s. After Ray took over FTX, he rubbed his first declaration with the bankruptcy court on November 17. From this declaration, there is a lot of information regarding FTX’s debacle. It’s worth pointing out the following paragraph by Ray to grasp how mismanaged FTX was.

“Never in my career have I seen such a complete failure of corporate controls and a complete absence of trustworthy financial information as occurred here. From compromised systems integrity and faulty regulatory oversight abroad to the concentration of control in the hands of a minimal group of inexperienced, unsophisticated, and potentially compromised individuals, this situation is unprecedented.”

Regulators and banks across the U.S. were paying close attention to FTX’s collapse. While FTX was filing for bankruptcy, a group of banking institutions was planning the launch of a proof-of-concept digital money platform called the Regulated Liability Network (RLN).  The group made this public in a statement published on November 15.

The report states that these banks will use a blockchain to improve financial settlements. Will execute these financial settlements among central banks, commercial banks, and regulated non-banks. The pilot project will run for 12 weeks and be performed in a simulated environment. The project will include frameworks regarding existing regulations such as Know Your Customer (KYC) and anti-money laundering requirements. Following the project’s conclusion, the group will publish the results, claiming that the project has no intention of being part of the development stage of a CBDC.

What’s next for the new digital currency revolution

The recent events in the cryptocurrency space caused by FTX are a direct challenge to the ecosystem. These initiatives have brought attention to centralization and how this has become a problem for the entire industry. With new regulations, governance models, and exchanges cropping up all over the place, it’s clear that this space needs a shake-up.

The rise of cryptocurrencies is undeniable. The new market is growing fast and has made many people rich recently. But, like any other asset class, cryptocurrencies are not immune to the laws of economics. The FTX incident shows that even with all its benefits (fast transactions, low fees), decentralized exchanges still have some issues when it comes to security issues. Centralized exchanges are vulnerable due to their nature, as they rely on one single point of failure. While decentralized exchanges are more secure because they run on multiple computers worldwide through blockchain technology, they still have some flaws like downtime or hacking attempts which could lead to loss of funds for investors who store them in such platforms.

The future of the digital revolution

Cryptocurrencies’ future is bright. The current bear market has hit the entire industry hard, but the real impact of this event will only come to light when we see how the different players react to it. A collapse of FTX is necessarily a good thing for cryptocurrency investors. It could be an excellent opportunity to create new products and companies with security safeguards against bear markets and adverse situations. The future of the digital revolution relies on new developers and how they will develop products that are interesting for the mainstream world. Whenever this happens, digital currencies will take over the world and maintain their status since the digital world is not a thing of the future but a thing of the present. 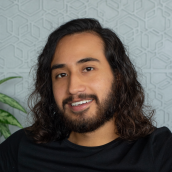